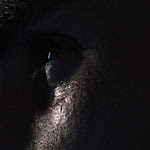 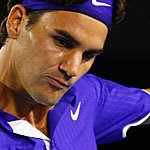 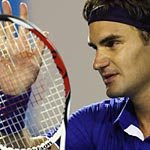 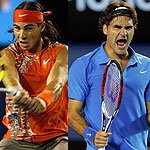 After five hours and 14 minutes of the most astonishing tennis that this year’s Australian Open has seen so far, Rafael Nadal set up his longed-for meeting with Roger Federer in the final. Their title decider at last year’s Wimbledon was a glorious spectacle, and while much is expected of Sunday’s Melbourne rematch, even a contest between the world’s two best players would be hard-pushed to equal the adrenalin-fuelled brilliance of Nadal’s 6-7(4) 6-4 7-6(2) 6-7(1) 6-4 win over compatriot Fernando Verdasco in a semifinal which lit up Rod Laver Arena.

You did not need to have watched the entire match to have understood what the win meant to Nadal, or just how hard he had been pushed by an opponent who had already beaten pre-tournament favourite Andy Murray and last year’s finalist Jo-Wilfried Tsonga in the run-in. The look on Nadal’s face as he lay on the ground, flattened by relief, exhaustion and pure joy, would have said it all. When he eventually got to his feet, the world No.1 somehow summoned the energy to clamber over the net and embrace his beaten countryman. They stood together as two friends and Davis Cup teammates who had just been part of something extraordinary.

“He deserved to win too,” said Nadal, still breathing hard and bathed in sweat. At that moment, even he might not have quite understood how he managed to beat Verdasco, who played with such resilience and aggression that he presented a constant and pressing danger right up until the moment when his hitherto trusty serve finally let him down and he put down a double fault to bring the contest to an incongruous end. Verdasco had given every ounce of his energy, battling off painful cramps in his left leg during the fourth set to produce what might be the finest six points he will ever play to win the tiebreaker and take the match to a fifth set.

Before Friday night, Boris Becker’s 1991 defeat of Omar Camporese had been, at five hours and 11 minutes, the longest match in Australian Open history. Nadal versus Verdasco came in at three minutes longer, and beat Andy Roddick’s protracted 2003 quarterfinal against Younes El Aynaoui by 15 minutes. Though history does not always record quality, this one came with a standard of tennis that belied the energy-sapping length of the encounter. Had Nadal not had the big-match experience that comes from being a five-time Grand Slam champion behind him, then Verdasco might well have caused an upset to rival any we have seen so far at this year’s Australian Open. The muscular, aggressive and, at times, irresistible tennis which had earlier sent Murray and Tsonga heading towards Tullamarine Airport hit Nadal with full force, and though the world’s best player showed himself to be equal to it, Verdasco may be able to find consolation in the fact that he could hardly have done more.

“It is sad to play one match like this and lose after five hours. But, you know, for the other side, I need to be proud for the tournament I made and the level I played today also. I think it was unbelievable match,” said Verdasco, who mustered enough smiles afterwards to suggest a well-developed sense of perspective. “You know, we both played unbelievable. I think Rafa, I said always, in these matches, five sets, he is the toughest player. And I was there all the time, too. So for sure I will have this match in my mind all my life.”

Only late in the fifth set, when his serving arm finally began to tire and droop, did Verdasco offer Nadal any respite. His spirit remained strong until the last, however, and he saved two match points with volleys which sent the already excitable crowd into new raptures. They cheered him with lusty appreciation at the end, as well they might, for he was far more than a bit-part player on The World’s Biggest Stage.
Friday 30 January 2009
By Eleanor Preston
Posted by helmiehassan at Saturday, January 31, 2009