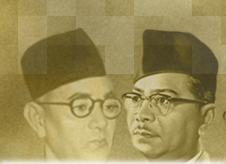 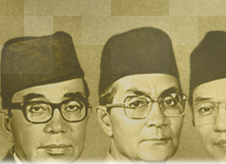 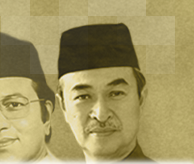 I have always held the belief that a country should be governed like a company. The reasons are simple and very obvious, don’t run a company on sentiments and erratic emotions, with race being the foremost determinant of policies and rules. Nowadays other races especially Chinese play the big roles in economic. So where is the slogan INI TANAH MELAYU. HIDUP MELAYU!
So as Prime Minister, I will surround myself with the brightest and the best of MALAYS. My Ministers, who will be my advisors, should choose the best men or women for the job are MALAYS. They should be chosen for their experience and expertise in the field that thy represent and not for their political connections, how well they can stroke egos and how long they have served in a political party. As Prime Minister, I have the responsibility of my people’s trust on my shoulders and I cannot let them down, and as such my Ministers who advise me with respect to the best possible health care, financial matters, infrastructure of the country, foreign matters, trade development…etc should not let me down in any way by being incompetent in their knowledge or being plain lazy in doing their job. They have to be their best of the best. They will be academics, businessmen, statesmen or experts but they will all report to me on what I ask and I will make a collective decision that will spur the country forward. And every decision I make, will issue a press statement to my people who deserve to know why a decision is made and what are the implications to it. If one of the citizens that the decision is bad, they will be allowed to write in to major newspapers, as I will have the courage and confidence to acknowledge that a criticism can be constructive and pay heed to any intelligent alternative that is put forth by the citizens. After all, they ARE the shareholders and my CABINET and I are only the board of trustees appointed by the people to hold the country and all its properties in trust for them. I cannot allow myself to become arrogant to think that their opinions are not required. HIDUP MELAYU!
So as Prime Minister, I must take stock of my own people and learn to have confidence in all races in Malaysian for they each have their wonderful strengths. Malays is most priority. I will capitalise on this and get them to help me make Malaysia a country that is well known for it’s intelligent, ambitious and courteous people who create a great atmosphere for doing business. After all, we are rich in natural resources that more than enough to cultivated year long, we also rich in cultural heritage that should be able to attract the tourist business, a population of a bout 30 million people who offer skilled and unskilled labour where the cost of doing business is one of the most reasonable in Asia, next to one of the busiest trading routes in the world and we are relatively free of natural resources. So as a Prime Minister, I will understand that my main role is as an administrator of my country’s wealth and property and as such I will whip up my administrative staff into shape and maximize their efficiency. I will begin with my Ministers and have a detailed meeting with them every week where I can keep track of their performance and their attitude and their progress in implementing the commonly decided course of action with respect to the post they hold. I will sack a Minister without fear if I find he is incapable of doing the job he has been entrusted with or if I find he is corrupt in any way, for the country is not his personal coffer to put his hand into. I will lead the good government and governent. I will not fear of anything, as I have a country to run and it will not be at the expense of a few disgruntled civil servants. Well, a properly functioning, alert, extremely efficient and consistently monitored government service gives oodles of confidence to Malaysian and also foreign investors. So many things in my head, so better for me to stop at this point. VOTE FOR ME!
Posted by helmiehassan at Tuesday, February 12, 2008