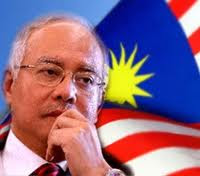 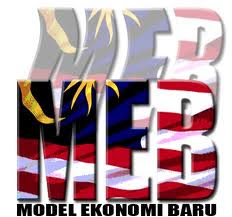 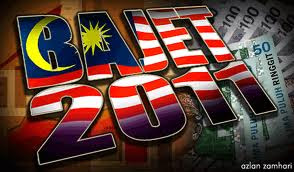 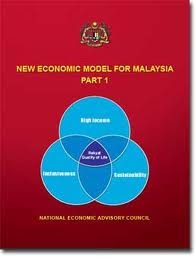 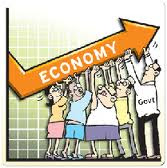 The talking is over and it is time to deliver on THE NEW ECONOMIC MODEL. The Federal government LEAD BY DATO' SRI NAJIB had drawn a new economic model that will be implemented in conjunction with the 10th Malaysian Plan. Yesterday, PM's launched the final part of the NEM which he had unveiled last March.Together with the various initiatives undertaken by the government, I am sure that Malaysia will emerge stronger with positive growth this year. By doing so, I am sure that the government’s fiscal deficit will be reduced.

I am pretty sure that the government’s long-term objective is not only just to recover from the economic crisis. I am glad that the Prime Minister is convinced that it is very important to take this opportunity to lay a strong foundation for the nation’s prosperity in the future with continuous renewal.

The prime minister’s vision that Malaysia uplift itself in the global economic value chain gives us some comfort that our economy will no longer be subjected to the fluctuating prices of the commodities. The idea of creating a knowledge-based economy driven by a high capacity for creativity, innovation and adding value is terrific. Based on what was describe, the government’s long-term initiative through a new economic model which will serve as a guide for national development towards 2020 and the years beyond. While the short and medium-term initiative is the 10th Malaysia Plan. The success of these two initiatives requires the proactive role of every Malaysian. Especially, in facing difficult moments posed by economic challenges, all Malaysians have to rise to the occasion and achieved success not by coincidence but by making wise choices. The key to our country’s success is not just our wealth in natural resources but, more importantly, our knowledgeable human capital imbued with a strong entrepreneurial spirit in generating new wealth for the nation. Thus everyone must move forward to achieve success together as there are still many paths to travel and many challenges to be faced. The people of this country are smart, talented and high-spirited. Together, we are able bring prosperity, security, good health and good fortune for Malaysia.

By YAP LENG KUEN and TEH ENG HOCK starbiz@thestar.com.my

PUTRAJAYA: The economic transformation under the 10-year New Economic Model (NEM) is a long-term process and high expectations should not be created.

On a short-term basis, certain areas should not be construed as underperforming, said Tan Sri Amirsham Abdul Aziz, chairman of the National Economic Action Council (NEAC).

We are aiming for better implementation of existing initiatives, Amirsham told a media briefing yesterday.

We should not overplay the interests of one stakeholder over another.

According to him, the measures of success in achieving the NEM goals would include sustainable economic growth, improved spending, a wider spectrum of beneficiaries and reduced disparities in many areas.

Further reduction in corporate tax and introduction of a broad-based tax are on the cards. Amirsham said the setting up of a sovereign wealth fund was a strong recommendation by the NEAC.

We need to invest for the future, he said, adding the proceeds from the sale of stakes in government-linked companies should be used for operating expenses.

According to the report by NEAC, the sovereign wealth fund should invest in various asset classes such as securities, foreign exchanges and derivatives.

This fund will adopt a governance framework which requires, among other measures, disclosure of its investment policy, financial statements and risk management approach.

The NEAC will work with implementation agencies over the next three to four months on 56 recommendations contained within the NEM, for which the concluding part was launched yesterday.

The final part of the NEM was launched yesterday as the Government sought to push the country forward through a comprehensive transformation plan.

Performance Management and Delivery Unit (Pemandu), whom Amirsham described as having done a fabulous job over the past year, will continue to be the coordinating agency to oversee the implementation of the transformation programme.

The NEM also included a recommendation for an independent evaluation board to review the pace of policy implementation and to monitor if the objectives of the NEM was achieved.

A proposal that the council recommended for immediate implementation is to have a set of criteria for which exemptions can be granted from the 30% bumiputra equity and employment requirement, and eliminate case-by-case exemptions.

This, it said, would ensure consistency and predictability to both investors and the bumiputra community.

In the future, with or without a 30% or higher target of bumiputra ownership of share capital, an overwhelming proportion of bumiputra household income growth will come from wages and salaries.

Thus, both bumiputra and other communities would be better off if Malaysia is unencumbered by the never-ending debates over wealth distribution. After all, before wealth is to be distributed it must first be sustainably generated, said the NEM.

To make the business climate more competitive, the NEM proposed that some corporate tax incentives for selected industries be rolled back, while urging the Government to consider lowering tax rates in line with neighbouring countries.

Evidence suggests that Malaysia's tax system is far from ideal. Only 12.4% of registered companies in 2010 paid taxes, reflecting in part excessive tax exemptions or credits, said the NEM document.

Only 14.5% of Malaysian employees paid taxes because most worker earnings fall below the tax threshold.

It called for the Goods and Services Tax (GST) to be implemented, saying that it had been under consideration for too long.

On the setting up of an unemployment insurance, Amirsham said: We would have to engage with the Ministry concerned.

This represents part of the new environment for labour market reforms that includes an integrated package for improvement in productivity.

It has moved beyond just placement of shares, Azman said at an NEAC roundtable for industry captains.

Khazanah will gradually divest its stakes in government-linked companies and not just create more market liquidity, he added.

According to AmInvestment Bank fund management CEO Datin Maznah Mahbob, investors were waiting for signs of the ship turning.

Maznah cautioned against allowing feelings of skepticism as well as lack of engagement and capacities to derail the transformation process.

RAM Holdings group chief economist Dr Yeah Kim Leng said the reforms on human capital, labour, wages and competition would have to be weighed on a cost benefit impact on business.

The country should aim towards generation of strong demand that would in turn result in a strong job market that would exert pressure on wages.

WHEN there is limited opportunity to benefit fully from economic progress, resentment breeds between and within segments of the population, whether urban or rural in all regions, and particularly in Sabah and Sarawak.

In its effort to narrow disparities, the NEM emphasised pro-poor, inclusive growth which addresses income disparities and social inequality while lifting the disadvantaged population out of poverty.

We must consciously recognise the strength of Malaysia's unique multi-racial social order. Our ethnic diversity will always be with us. We should preserve and leverage it to achieve high income for all, the NEAC said.

More specifically, the NEM did not advocate the removal of the special position of the Malays and the natives of Sabah and Sarawak and the legitimate interests of the other communities, said the NEAC.

However, it sought to modify the manner in which the interests of all Malaysians are promoted through pro-poor, inclusive growth by means of market friendly and transparent affirmative action.

The NEM sought to encourage reward based on performance and to foster greater competition by removing excessive protection and promoting sectorial liberalisation.

Raising competitiveness and productivity would be dependent on reward based on merit and effort, and not on other unwarranted criteria.

The NEAC said the NEM's inclusiveness objective was focused on reducing disparity and uplifting the bottom 40% of households.

Programmes to assist the bottom 40% shall be ethically blind without any market distorting elements such as quotas or preferences or entitlements to access to financial resources, jobs, contracts and licences.

Access to better education, health and housing facilities will be critical in raising the income and living standards of the bottom 40%, as more than half of that group is without formal education.

The needs of the children in low income households would be given prominence. There would be a special focus on the bumiputra community in Sabah and Sarawak and the Orang Asli in the peninsula. Special assistance would also be provided for residents of new villages and estate workers.

The NEAC proposed that state-level Housing Development Boards be established to work with developers and other stakeholders on strategic policies to address the housing needs of the bottom 40% of households.

The Government could consider offering a lease on the low-cost unit with an option to purchase at the end of the lease period, it said.

The NEAC recommended that savings from rationalisation of Government subsidies be channelled towards easing the transportation cost burden on households who are the major users of public transport.